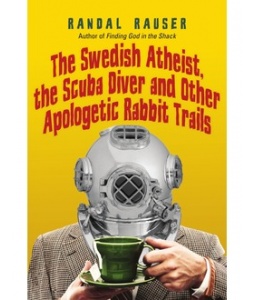 I'm already unimpressed with Randal Rauser as an apologist; anyone who thinks doing a joint book with John Loftus is a good idea is clearly not thinking straight. This book is valuable for one reason, though, as a study of how emergents/postmoderns "do" apologetics -- rather badly, as it happens.

The Swedish Atheist... is presented not as a systematic apologetic, but as a  coffee shop dialogue between Rasuer and an atheist named Sheridan who sometimes sounds like Loftus, but raises a lot of the other standard canards as well. The presentation probably works for touchy-feely sorts who are more concerned with relationships than truth, and such people inevitably do a subpar job on the actual apologetics. That's the case here, especially clearly on the topics I know something about. Rauser goes for a white flag on the issues related to OT "atrocity" accounts, essentially denying their historicity and providing no serious arguments for doing so; and where hell is concered, waves the white flag some more.

It is just as well Sheridan is fictional, for most real atheists who are as hostile as he is would eat Rauser for lunch after their coffee was finished -- and as it happens, having seen Loftus turn on Rauser (and Rauser in turn just blandly letting Loftus wipe his feet on him), that's true to life.
Posted by J. P Holding at 3:40 AM